Yesterday i saw Star Screen Awards, and i was wondering what the awards function have become...just a song and dance show? Do they even entertain us? Is it really entertainment to see them doing oneupman ship all the time and taking potshots at any small fry( this is the most hated part for me, because I hate hippocracy, if they have the guts then make fun of biggies...why have laughs at the cost of small actors? Is this what we have come to get in the form of entertainment? when we hanker so much for Oscars, why we dont bring some standard and accountability in our own awards.
Earlier i used to think that Screen awards are better than those Filmfare ones where the awards are fixed, but yesterday's ceremony belied all my expectations...there wasnt a single item which could be called enjoyable..neither dances..they were all looking the same with same moves and dresses......and for this they get crores...nor the anchors did us any proud....and Ashutosh Gowrikar took the cake:)
Yesterday's favourites were Rock on and Jodha Akbar, only saving grace were the few awards won by a really meritorious film...WEDNESDAY. Personally I found it strange that Shahana was given the award and Illa Arun not...because Illa did a very different character in Welcome to sajjanpur and did with so much of aplomb...she deserved it. JA was good , but couldnt be called the best movie of the year.
The lyrics..singer ..male and female both were from one movie and for the best music it was a different movie..i find it quite a contradiction in itself...if there was no good song or good lyrics, then how come the music was best?
Few awards...even my H..he knows not much about bollywood, but after watching with me has become a little pro:)..even he predicted...like best actor in a comic role...Tusshar and the best Jodi...Abhishek and John.......See some people have to get something:), becuase now it has a become a trend either they must be given an award or a few crores for their performance..otherwise they dont come to the function...always the excuse is there...no dates:) . I read somewhere that Akshay demanded multicrores for a performance and when organisers couldnt afford that they promised him an award, but here..he though he was getting best actor, but he was given the best popular actor:), so all that charity and magnanimity he showed of refusing the award, as Aamir deserved it.
One thing i have always felt bad about is the snobbish attitude of anchors...like even sometime for senior actors also, they dont take the nbames with some respect, then when abig shot gets an small award even, he is given ample time on the stage, but whenevr not so big get an award, they are not asked to say anything,, it has happened so many times that sometimes even i wanted some to say, but they were not given an opportunity and this time the anchors went even an step further like hurrying up, or getting forward without giving anytime to the awardees.
So yesterday the presence was quite low..No Shahrukh..he is most unsporting person..never comes to a function unless he gets something,Amitabh,Abhishek,Salman, etc etc.
Faraha was glowing but no good as an anchor...her remark..what we have to do for money...was really in a bad taste..shows her highhanded attitude.
Rekha..She never changes..the same sarees..kanjivarams and jwellery shop and hyper on the stage:)
Twinkle Khanna was looking most elegant and beautiful, never saw her like this even in the movies:), their pair was looking best.
Aishwarya was also looking very good in her Indian attire.
Jaya Bacchan was for a change in an elegant white saree and her solitaires(earrings) were the rock size.
Kangana was looking ravishing and Hritik gentleman that he is.
Now for a little gossip:)
Jaya never once smiled at Aishwarya, even when she got the prize:)
Akshay expecting to get the best actor for singh iis kingh..isnt it too much?
It was pathetic to see...
Akshay getting miffed at not getting the best actor award,
Rekha stating..she has nothing..no one and no money.
Ashutosh and Sajid having a verbal fight,
Watching Sajid in a backless dress
and irritating to see Neeraj Pandey with his Chewing gum all the time,
And so quite a lacklustre affair.......
And now I WISH YOU ALL

Email ThisBlogThis!Share to TwitterShare to FacebookShare to Pinterest
Labels: entertainment

I stopped watching these awards long time back. Even if I want to, I can't bcos I have no TV here. And life is good without one!

I am convinced all award functions r rigged..

Akshay thought he was going to receive the BEST ACTOR AWARD..He misunderstood the organiser..(the org had called him and informed him in advance)..so wen he was given the MOST POPULAR ACTOR AWARD he passed it on to Aamir Khan..bloody politics..all of them have vested interests

I felt like slapping Sajid Khan..He always goes overboard..I completely agree with Ashutosh Gowariker..An actor spends yrs honing his skills and u cannot ridicule him at such award functions..And I ADMIT Shahrukh does it too..

and its certainly NOT IN GOOD JEST..whether Shahrukh does it, Saif does it or Sajid does it..Farah/Sajid did not even let Award Recepients complete their speech..its very very humiliating..An artiste looks foward to this one day and u run him down like this wen he comes to collect the award..DISGUSTING..

and Farah was defending her brothers cheap act by saying ure given 40-seconds at the Oscars..Id like to tell her tht at least ure allowed to speak then..those 40 secs r entirely urs..only urs..no one interrupts u..

DI: Even I used to watch them earlier for AWARDS now just a show, but cant imagin living without a TV:)

Swats: yeah , I also read about all the story behind Akshay being magnanimous:),I think even Ashutosh went over board, he could say everything in a civilised manner, but no, he used the high pitch with abusive language.So childish.

I have stopped watching these award functions nowadays. The dance movements are the same, as you said, with different coloured dresses and sometimes same frilled short dresses. I heard Aamir never attends award functions. He came to Chennai a couple of months back for an award function and he did so after many years, it seems.

If you change channel on Sundays, another channel will show someother repeat of an earlier award function and we will never know after sometime, which one we were watching! All are similar. Disgusting, really!

wow at least u had some actions there, on an oscar ceremony it s all fake, all about money and best dress and best +1 answering stupid questions! so what is the best?
:P

yeah happy republic day to you too...

and i cant stand these award ceremonies personally :)

happy republic day to you too Renu!
And frankly I`ve stopped watching these award ceremonies. The boorish jokes of the hosts, more than any of the endless dance sequences, irritate me!

Sandhya: yeah, earlkier I was also very fond of Filmfare awards, now i stopped watching them long ago, but now all functions have become a farce, sad situation actually.

Cess; seems to me that grass is always greener on the otherside:), i watch them onlky to see who is wearing what:)

Ajit: Thanx:)
I just hope the organisers also get sensitive to the viewer's taste.

Piper; you are right, i still remmeber long back..in the filmfare awards once Juhi was anchor and once raveena both of them did a wonderful job with the anchoring...one in English and second in Hindi, now it seems that these important bastions have been goven to low rankers and they are demaning the platform.

In school, we used to stay awake past midnight to know whose these winners are so we could go back next day and either agree or fight with our friends about the winners. It was like a must thing to do. Else you'd be left behind in the conversation of your team.

Then came a phase, when movies were important. But more important was ou favorite actor. Irrespective who go the award, our actor was God. No one could ever reach him or beat him.

Now, the situation is the same except if someone deserving really wins, we are surprised. I no longer stay awake to catch the awards. I just read up the news next day and either smile happily or understandingly.

This year, Farhan got the best debut award. And the movie 'Aamir' featured no where. I think 'Aamir' was a very gutsy effort, very relevant with superb acting, music, singing, lyrics, direction, script and screenplay. Rajeev Khandelwal deserved the award more than anyone else, and he was not even nominated.

Who cares for these awards anymore? Adding to your list is the costume designers and choreographers who make money out of the event.

Hmm, well I got the drift but aren't all these cat-fights that actually sell these award shows to the channels? Imagine how boring if there was nobody being ridiculed, no fighting, no arguments, I kinda like some jokes flowing around.

And as far as the fairness of these awards is concerned, your statement - See some people have to get something :) says it all.

Oh I did watch them yesterday,because I wanted to watch the war of words between Ashutosh Gowarikar & Sajid Khan...It was so rigged,didnt u think?In fact everything about these award functions is rigged.Imagine Tushar Kapoor getting the best comedian award for Golmaal Returns!How could they possibly overlook Ila Arun's role in Welcome to Sajjanpur?How pathetically tampered with is that??

Shilpa; Even I was famous in our house for diligently:) yeah so much interest:) watching filmfare awards:), but no more, now I watch only for gossip and who wore what:)
Thanks for visiting me,and keep coiming, this blog loves the guests:)

Rakesh;; yeah catfights are interesting but when two equals are fighting..here these stupid anchors think very highly of them and say unsavoury things about those either who are not present or who are not VIP and this somewhere rankles me. As far as audiences are concerned...Shilpa, mallika,govinda are all much bigger people than Sajid and Farha.And Idont like hitting a person when he is down..have the guts and hit at the top people...but then here there bread and butter is concerned...that is the sad part of them.
and sometimes this all unfairness hurts somewhere and I think is there nay way our voices can make a difference?

Hobo: you are right, but for me this cant be entertainment...when somewhere my sensibilities are disturbed..thats what I am complaining that they are no more entertainment:(

Deeps:yeah that was totally networking.....now awards are always networking and bussiness...give and take.....give me award and the whole yr i will give u material for ur magazine:)

R.Ramesh: Thank you ! and thanks for visiting:)

Except for maybe the National Awards, all other Indian film awards are nothing but meaningless crap and a total waste of time. I stopped following them years ago.

Gosh Renu, we both have so similar opinions about things like the irritating chewing gum! It was nice to read this post.

Next day we had breakfast of dosa Idly on the roadside stalls just outside our lodge and that person served us with so much love that I fel... 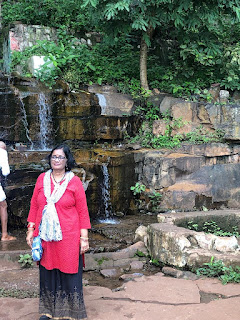 Renu
I am a socially aware woman with strong moral values, environment friendly,wants to live life with purpose and ethics. Always interested in trying new recipes and believes in healthy and tasty food. As I have lived in many states , so picked up their cuisine on the way:)